Pablo11:
Taking ownership of this first post for historical records.

Currently we are at v2.6b for 3+32 gb versions
working fix for heart rate monitor not working on darker skin.

Better language layout for Arabic.
As always they have added bugfixes but we are never told what they are.
I believe one watch face is different as well.
Apart from that - I can’t see any difference.
Battery life is very good but it was before…

As v1.8 has been quite an issue for some - I have had it reviewed.
Nothing could be found to be causing the issues reported but it has been thoroughly checked.
Here

For those curious as to why this update was ever issued - it was and is to fix how the Arabic language was being displayed incorrectly.
This one is signed off as passed as denoted by the _P in the name.
The previous one was early access and was going to be passed until I asked for a re-check.
So here it is and also the Magisk patched boot and TWRP are included for those who need or want it.

What makes you think the Prime FW could run on the Hope ?
What’s your problem with the Hope ?

I have a Kospet Hope. I own more then 10 watches atm. And the Hope with original Firmware is the 2nd best watch I have ever owned…

Don’t take me wrong I love my watch. But there is few factors that drives me crazy.
For example keyboard sucks. Fitness app sucks even more. Thanks God I figured out how to get in to accessibility to activate screen zoom option. And I would love to have bubble app instead of what ever I have. I wish I could just install actual wear os but not in this life time. To top it off support app sucks. In order to get new faces watches I have to do all the manual zip unzip bs and list goes on. So I know people here will start argument with me on how nice this watch is but reality is its chines junk. Can’t even active it with Verizon had to buy separate Sim card. And the fact that it doesn’t have Bluetooth calling driving me crazy. So go ahead tell me how good is your kospet and how much you love it

I agree with @G1NT0N1C . I also have this watch and its certainly one of the more finished watches i have used ? . If you dont like keyboard try Gboard from playstore . Use this to improve fitness app -

Wear Os ??? This is not what these watches are about .

Why not try our good friends @Eric_Crochemore 's universal launcher from the playstore . It opens up a whole new world . ( also you dont need to unzip faces ) .

What is your first favorite?

I was wondering that too…

Provably the best one was Kospet Magic

i tried to install twrp on my optimus prime that i just got to be able to install a mod that lets me use bluetooth call other than having to put a sim card in… and now my watch has a black screen and im stock on only using smartphone flash tool and i think i need a stock firmware for the optimus prime… please i really need help.

hello everyone I have a lemfo lem11 and unfortunately a fitness application that comes by default on my watch does not manage gps therefore install the apk that you published (Fitness.GPS-Enabled.apk) uses the gps but it can only be viewed in round form and not a full square screen, do not know if there is a way to put it in full square screen?
Also in the wiiwatch II application I can not find where the clock workouts are synchronized to display them on the smartphone.
Very grateful if anyone can help me with this 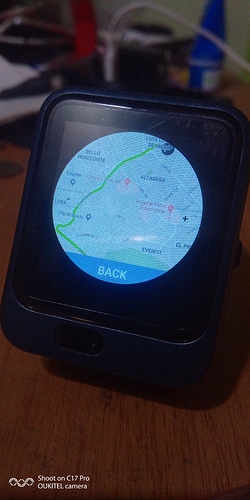 Uninstall and use this instead

I have a suggestion for the Prime firmware,in the task manager,the write “delete all” is above all open windows.
for me it would be faster and more useful if it appear as first write below,so I haven’t to switch more times for can delete all open windows.
Thanks

This is the replay of kospet
"Hi friend

Yes,1.5b version will also get updated soon. The new firmware solved the problem that some people with dark skin cannot test their heart rate,thanks."

Yes i have a same problem of heating up with 1.8b and the battery drains too quickly only in 3G DATA use, with 1.6b i have not this problem, it’s very strange.
So i think i will go back on 1.6b.

Strange. On 1.8b no heating problem.
For battery drain, I unplugged the watch yesterday very soon, 5h AM. Today, remains 37% at 5h PM. So 63% drain on 36 hours.
I know, it depends of rate of use. But, I use it normally, an average use. Nova launcher, widgets, calls and so on…

1.8b is fine. Make sure that you perform a factory reset after flashing. If that doesn’t work, flash again. Using the firmware upgrade option in the flash tool.

@fiocco - As mentioned above, I realized that I made some errors while updating. Once realized, I flashed again correcting those issues and have been running 1-8b for a couple of days with no issues at all. I’ve seen no instability or heat issues and battery life seems consistent (2-3 days) with my experience on 1-6b. With everything considered, 1-8b is working just fine.

I don’t really like that, but I’m not going to have the choice to redo the flash + factory reset

Of course you should backup important data first…

Version 1.8 has been thoroughly tested I can assure you. I work with Kospet and the other company that makes the firmware so you can trust me when I say it ok.