The recent apps list from the ‘long press’ of the power button shows many more apps in a side scrolling list (once they have been opened).

There is a small lock icon on each. Locking them keeps them in this menu. Once they are there they are still sort of active, at the very least still in a state they were left in after you navigated away from them (using the short press of the power button, not the ‘back button’).

Teaming this with the instructions set out earlier in this discussion to help apps run in the back ground, or auto load on boot, may go some way to working around the issue, but it will use more battery.

The entries are from 213 to 226 in this discussion. Since the 1.3 update the lock is vastly more easy to apply.

I hope this is of some use.

@emassey0135 have you already tried other launchers?
If so - which ones have you tried?
The task “lock” that @shuei mentions is indeed a good way to stop apps from being closed and is accessed through this recent task list.
Watch faces are definitely accessible with both the stock and Universal launcher.
Highly customised faces are available here on this forum and can be used by accessing the clockskin folder on the watch storage.
In fact I have seen some recent faces that will “speak the time”

Hi Logan1, the search function of this site has been a great help to me as I learn this watch.

Try this link as a start: How to change Km to Miles? 🤔

It is for a different watch but helps explain why the folk here develop the items they have. See an issue, solve it, and share it.

Exploring work arounds is part of the ‘fun’.

I saw somebody had mentioned the annoying ‘low battery warning’ notifications earlier in this post…well I figured out how to turn them off so I decided to post instructions as it may be of some help to somebody trying to remove them.

First off go to android Settings, then tap Storage, and then Memory. Scroll down to ‘Memory used by apps’ and tap on that. You will then see all apps that are using memory…scroll down to System UI and tap on it, then tap again on the icon on top that says System UI below it. Tap Notifications and voila, your low battery notifications should be the second one listed. From here you can turn them off or click the text and edit the notification how you see fit. I’ve included a pic of this screen so you can see what I’m talking about. Hope this helps 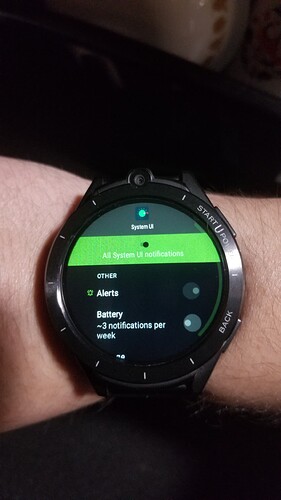 Nice, thank you. What a long non-intuitive way to get to that setting, I would never have found that, thanks for sharing.

Do you remember when, at the end of November 2022, I posted a message in this topic to ask you an opinion regarding Lemfo’ gifts? It seemed that after buying the Lemfo LEM16 from the Official Store, they wrote to me by whatsapp proposing to obtain another Lemfo’s watch for free…

Well, some of you told me that it was not true, it was a fake, to avoid wasting my time ( and money ) for this proposal. But I was curious !

The proposed model was a Lemfo LF33, not Android based but a nice model in its logics.

For a month, no news, no messages, nothing. Some days before christmas, they wrote to me. They told me that the proposed watch arrived in Italy, that it was possible to obtain it.

Ok, ok, ok… Let me try, I thought. They sent to me the keywords to be used on Amazon to find it and I’ve found it, then I sent to them the link of the watch and the name of the vendor ( just to be sure, obviously, that it was their watch ).

2 days after my reviews, Amazon set it visible and public. I informed the vendor, by whatsapp. They replied “WE’LL ARRANGE THE REFUND AS AGREED, give us your paypal email account”.

Well, I wanted just to inform you that in this case it was not a fake… 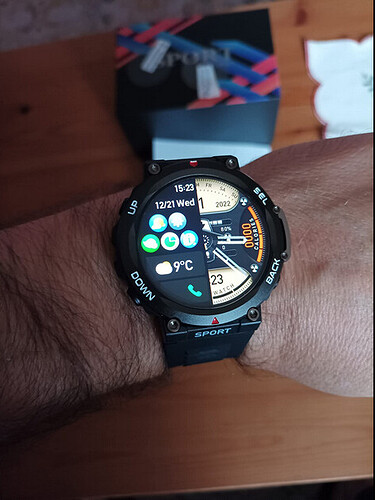 Yep, I know about this and well done

Gratuity is a two way street…
This is how I explained it to Lemfo in return for positive and believable review.

However, you are the first person who has reported to participate in the review reward scheme.

Now it will maybe encourage more people to take the opportunity

Has anyone managed to get android auto working on the Lem16?

I’m not 100 % sure but Android Auto has a minimum screen size and shape requirement, so it is unlikely.
But I have not tried it.

Thank you, I’ve tried using 2 or 3 different versions, but it comes up with an error message every time. Maybe it’s a non starter and il need my phone for that

Android Auto has a minimum screen size and shape requirement,

Hello everyone. I have two news - good and bad. The good news is I just got my LEMFO LEM16. The bad news is the device won’t turn on. The first switch-on was normal, I chose the language, saw the clock face, but when I tried to go to the menu, an error occurred, I tried to turn off the clock, but the screen buttons became unavailable, the inscription “unexpected error” appeared and after a while - a black screen. Pressing the power button for 15 seconds does not restart the device. Now I put the watch on charge. Any ideas? Or do I need to write to the seller already?

At first, please charge the watch completely for a few hours.

thanks for the advice, I’ll charge the watch until at least tomorrow