Especially for the ladies!

Designed in Photoshop and WFD, this was a fun one… Watch the couple approach one another on the Pont des Amoureux only to return to the ends of the bridge as the clock strikes midnight. 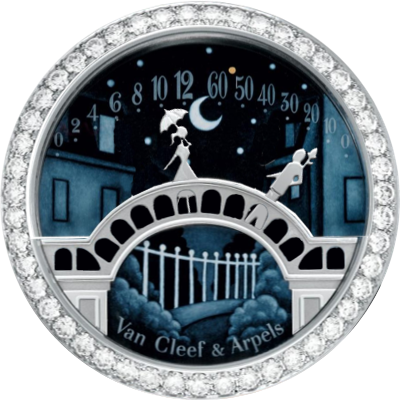 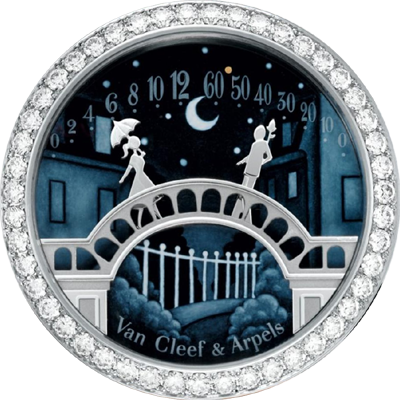 Thank you Edward, it was a fun one to re-create the figures and having them walk behind the bridge.

Hello, is it possible to upload this watchface again, please?

Does it really-really need to use UL, or can the newer launcher engine in Prime 2 with FAW be used also (asking if you could make a version for this)?

What is “Prime 2 with FAW”, I’m not tech savvy in that regard

The KOSPET Prime 2 watch, with the FAW firmware created by the team here. I am not sure if it is different in the Launcher features, but I believe those who know about this stuff said that the newer firmwares have some new features.

Thank you. Is FAW firmware available as an upgrade for my Prime SE/ If so, how does one obtain and install it?

No, sorry, they are only for the Android 10 watches.

Hello, it worked, thanks! Just two things, for some reason i don’t understand, the girl don’t show up, any idea why? I have a Finow X5, don’t know which android version, though. Also, i don’t know if you notice but there is a gap between the hours and minutes because when the boy and girl meet, they don’t point any time and stay together for 3 minutes (according to the original watch), is it possible to program it that way, you could remove the diamond rim and get the space needed for that gap. Thanks! This watchface is by far my favorite

As stated it should work with UL on your Finow

silly me, i forgot i needed the laucher

. But is it possible to add the function i stated without the bezel?

Sorry, it’s not possible to remove the diamond bezel with a great deal of work…

but would it be possible to add the feature like the original watch?

watch this video please, you will understand: An Explanation of the Pont Des Amoureux by Van Cleef & Arpels - YouTube

Not possible on a smartwatch

well, at least i tried, maybe somewhere in the future we will find a way.