Lokmat has just launched a new 2022 Android smartwatch that costs less than $100
Mod edit…
I have warned you so many times about posting information here before the details are confirmed.
This is your last warning!

This is the correct link

I think that model already exists, the only thing that stands out is the ip67 (if it’s true). I think it should be released with 5g coverage.

Well, almost all fullandroid watches are IP67 - at least that’s how they’re advertised. I always keep my watches away from water. 5g mobile data is not yet available on our watches. If it ever does, it will cost more than $100. And one last comment- I personally wouldn’t go for Android 9.

No, it is android 9.1. I’ve cecked twice and I’m absolutly sure.

Has anyone seen a review of this watch anywhere?
Walmart.com seems to have it for $116.
Robot or human?
Claims:
Free shipping, arrives by Fri, Jan 20 <US, Pacific Northwest>
Android 10 w/ 2G + 16GB - 2 is not such an evil number…for my Android 5.x phone. For Android 10? Seems low.
Claims lots of health monitoring items.
"The watch is NOT suitable for bathing, swimming or diving. "

I like:
1.4" screen, not big on giant watches. Wish someone still had transflective.

Reading the description…I just seems like there too many good things for it to be true.

Bought my new phone and bricked it in a day…been trying to resurrect since.
When we smart consumers convince the dumb consumers to rebel and force the manufacturers to make products that are by the consumer controlable, fixable, …

Well, may have been a mistake but I guess I may be able to write the review in late Jan.
Caved and bought. $117 with some kinda protection plan. From Walmart.
Will keep you posted.

I have just confirmed that the APPLLP 9 is A10.
The reason why we have not said anything about it is because Lokmat had not yet set the price.
Many places are selling this for different prices. 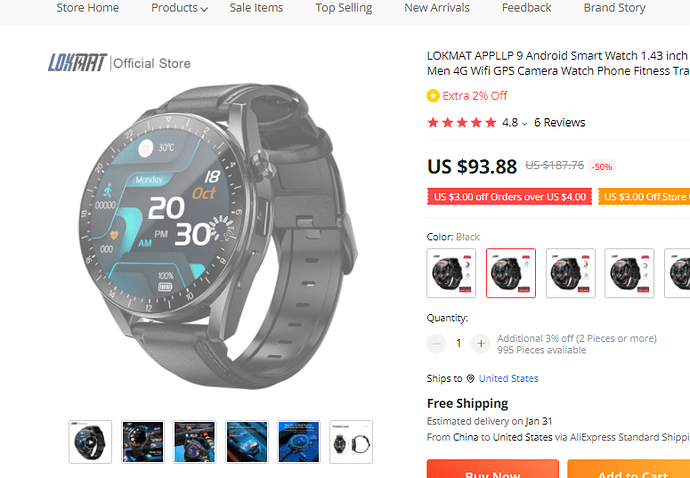 Many references to Android 9 in that shopping link. They should review and update. Examples: 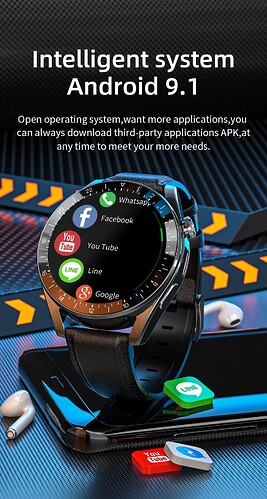 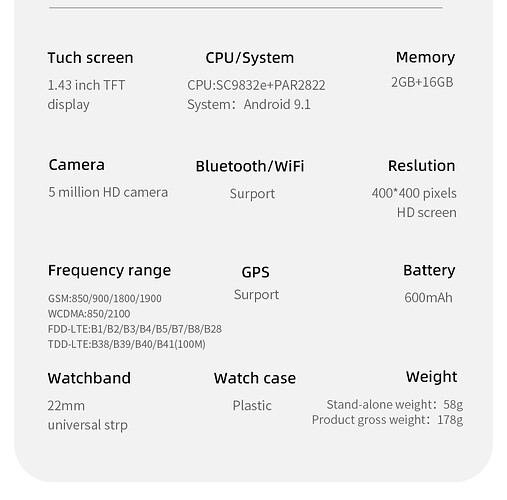 Yeah it is a mess.
Don’t really want anything to do with it to be honest…
M6737 is a very old chipset and it only has a 600mah battery…

Apparently it is very light because it has a different t plastic body?
All in all, it was not going to be something we would recommend.
It is just a very cheap low performance watch running 32bit Android 10.

I stand behind pablo11’s recommendations.
I’ll post a review here once I get it. Not expecting much.
I’ll be lucky and happy if I can side load, use the health stuff, and put my glucose watch face on it. Details soon.

Still wishing we had better selections, that devices now adays were sold as platforms instead of closed solutions. Ditch the software team, expose the hardware capabilities, make decent physical devices.

Was saddened to see your other post discussing the current state of FAW.

In my opinion, the size of the market that is smart enough to say “I’ll pay $350 for a watch that is capable and open” is a small market. FAW is equivalent to the $29.99 “smartwatch” in 99% of the consumers eyes.

Did read that bit about Google saying RISC-V becoming a fully supported Android platform. I have not heard of RISC-V in the middle market…ie tiny microcontrollers or SBC class chips…FAW RISC-V will take a new company producing chipsets for that.

I have the lokmat 9 and honestly it is a beautiful watch and thin suits women too, but one thing is right the mtk6737 is crap i get barely a day of usage. The power saving mode is good considering the battery size and hardware, i use it fully again with all connectives on. It is my backup watch and the lokmat 7 is my main watch.
***i have the 4gb and the 128gb for both. 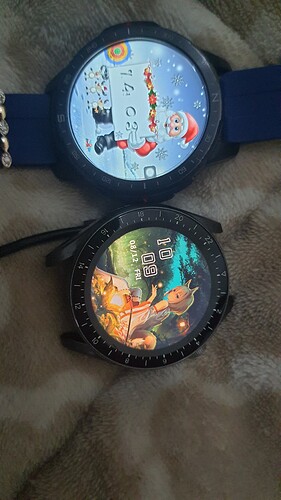 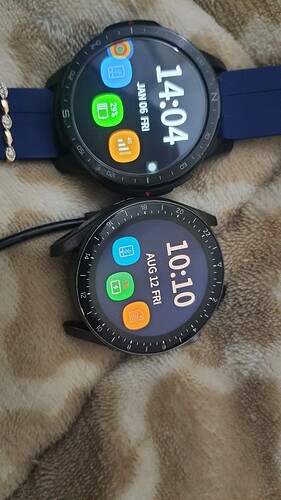 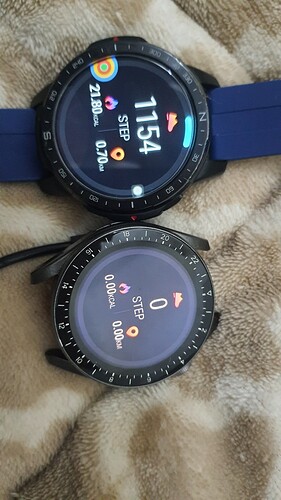 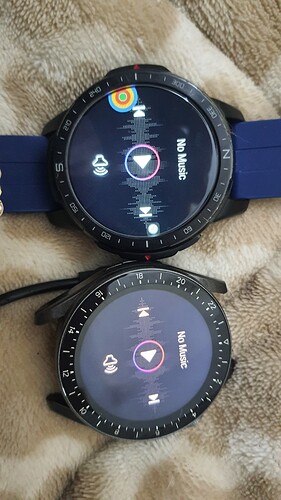 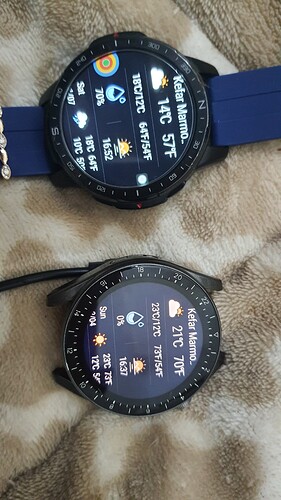 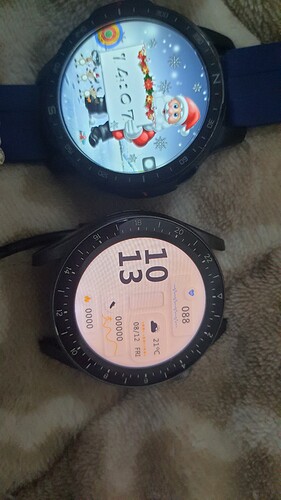 Yes, that’s pretty much what I expected.
Thanks @sonia_sophie_ataunna and it’s good to hear from you

Happy New Year to you and your family

We will update it soon./
Sorry for the mistake.

Sorry, The System for worldwide version is Android 10 with MTK6737.
For the Chinese verion only sell in our China mainland is Android 9, The chipset is Spreadtrum.
The picture maker did the misunderstood.

I have confirmed this @lokmatappllp

Happy to hear that you are fixing up the advertising

I have just confirmed that the APPLLP 9 is A10.
The reason why we have not said anything about it is because Lokmat had not yet set the price.
Many places are selling this for different prices.

Now they have contacted me to confirm the price is almost $94 usd.
It is Android 10 with 2gb ram and 16gb storage.

It doesn’t quite work like that @sonia_sophie_ataunna
The brands generally sell what they are able to get from the factories.
Unless they are investing significantly in their own design and that is quite expensive to do.

I know things were different when KingWear and Finow were still making Android devices, but those days are over sadly…

Android watches for women did not do very well and they tended to cause a financial loss for the brands.

If there was more interest in this requirement, then I think it could happen again

@sonia_sophie_ataunna THANKS for the pictures! I’m still excited to get mine. Not sure if anyone considers the MotoACTV a FAW but it was…just a long long time ago. I wish I had looked harder for a 4G RAM Appllp 9. I’m not too patient…too little impulse control. Perhaps Walm…rt messed up and I get 4G RAM.

My wife knows I’m strange…I have strange fantasy’s.
My “fantasy” is to get a CNC machine that can cut aluminum. I made one with X/Y that could draw but no Z axis or cutter.
The fantasy continues in that I’d like to take the plastic case the APPLLP 9 comes in, do a CAD model and cut it out of aluminum. Then I could oxidize it any color (black for me).
More fantasy would be to find there’s a daughter board that has things I dont need like the modem. I’d like to attach a second battery doubling the performance. Where would it go? I do not know. If I were cutting the case myself, perhaps I could build a not too ugly strap mounted battery that has a port through one edge of the watch.
I think I’m going to look into getting a 3D printer so I could prototype.
Again…all this is fantasy.
If I get what I want, it will be:

in reality…dinner for 2 at a not so fancy restaurant last night was $80USD. $20 more and I got a watch that should last me a year.