Thanks to @Andrew_Davis for an idea to mod it and someone (I cant find him here any more), who posted pictures of ALMAZ dial.

Three crewed military reconnaissance stations were launched between 1973 and 1976: Salyut 2, Salyut 3 and Salyut 5. To cover the military nature of the program the three launched Almaz stations were designated as civilian Salyut space stations. Salyut 2 failed shortly after achieving orbit, but Salyut 3 and Salyut 5 both conducted successful manned testing. Following Salyut 5, the Soviet Ministry of Defence judged in 1978 that the time consumed by station maintenance outweighed the benefits relative to automatic reconnaissance satellites. 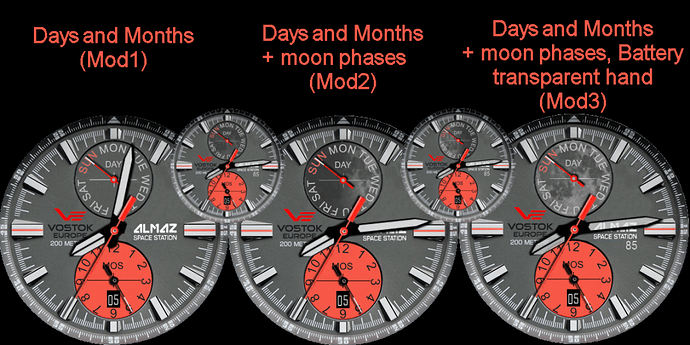 And good piece on where it’s origins lie. Good work.

I like it so much keep the good work

this beautiful vostok was reproduced by +ciro danese