Tribute to Grand Seiko SBGA011 "Snowflake" http://www.grand-seiko.com/collection/detail.php?pid=SBGA011 I am not a watch expert and

I am not a watch expert and not even an enthusiast, I approached the world of watches only after buying my first smartwatch intrigued by the extraordinary possibility to vary at will the dial.
Looking for the dial that most pleased me, I began to appreciate the magnificent watch models produced by the best-known brands.
I created the first dials, using (who says stealing?) graphic materials produced by others, until, upon a request by a friend for a watchface, I came across this magnificent Grand Seiko SBGA011 “Snowflake”, the most iconic of the contemporary full production Grand Seiko.
The stand-out features that are immediately apparent are the blue steel second hand, the sword-shaped hands, the unique hand polishing on every metallic surface, the inset power reserve and the snowy texture of the dial.
The soft, cotton-like texture of the dial, after which it is named “Snowflake”, was said to be inspired by the snow laying on the ground outside of the design studio nestled in the hills of Japan.
The movement of this watch is unusual. It is neither a conventional mechanical movement containing an escapement, nor, is it a quartz movement. This model features Seiko’s Spring Drive movement.
Spring Drive was introduced in 2004 and was developed by Seiko over 30 years. It is reported to be accurate within several seconds per month.
The hands of a Spring Drive watch do not “tick”; instead they glide.
In the world of high-end watchmaking, the term “Manufacture” is used by companies who make their own movements in-house, but no watch brand can truly be considered a “Manufacture” in the absolute sense. Hairsprings, jewels or sapphire crystals are often sourced from third parties. However, Seiko with its inovative Spring Drive movement, is the exception. Literally every component is made in-house. 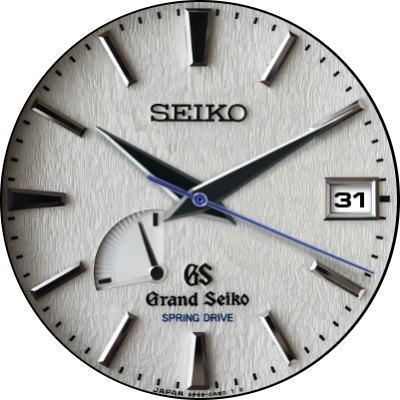 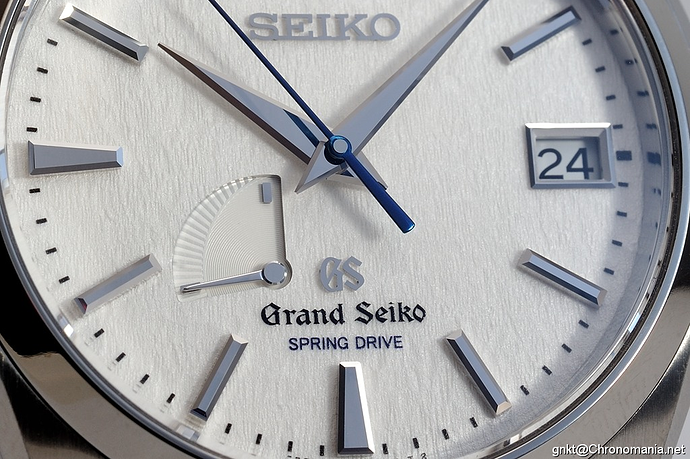 Glad to have almost fulfilled what you asked.

Its beautiful. Cant wait for my D5 to arrive and try this face out.

yes I believe the black face on this watch will look good on the D5. I hope you can create it. thanks.