Saying goodbye to the smartphone?

I want to completely replace my smartphone with a smartwatch. Am I the only one? Has anyone here had success with their LEM12 Pro?

Its a favourite of mine but like many dont go running with it . The optimus 2 is also a great choice .
Both also can be used with our own FAW custom firmware

Thanks, I will look at this one too. I was having so much hope for my LEM12 Pro - but I did’nt use it for the last 2 years - too much lack and lags to be consider as a serious product, in my opinion. For example: I do not have access to Google Play - the icon is there, I click on it, but nothing pop…I am waiting to see the FAW (still a newbie on the site, don’t have access yet) - hope it is better than the OEM one.

) which I tried to use as a full replacement of my phone with no success as it lacks battery juice and specialized hardware.

Now, I have a Optimus 2 which I use as my main device (No smartphone! I keep it at home to watch some TikToks lol)

Keep in mind I only use banking and wallet apps, YT Music, both WhatsApp and WA Business, Spark Mail, Instagram Lite and Twitter Web (So, web browser). No heavy stuff like Facebook or Twitter app (Which is really power hungry in background).

If you’re like me and you just need it to satisfy checking some stuff ocassionally, mailing, heavy messaging, a couple of hours listening to music through bluetooth earphones and a few minutes calling people, this one might serve you very well.

Yes, it’s the plan. Thanks for your update, I will also go check the Optimus 2.

SIx years ago this was my favorite smartwatch, but today we have to wait some more time to get this happen: 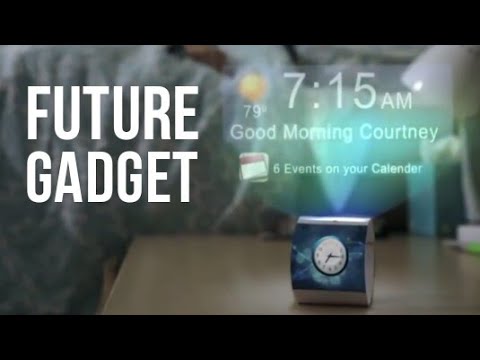 I want to replace my “[ancreas” phone with a smartwatch. It’s not my main phone but it’s a small smartphone (4"" screen) that comfortably fits in a pocket and connects by bluetooth to a continuous blood glucose monitor and to an insulin pump and runs an app (AndroidAPS - APS stands for Artificial Pancreas System) that changes the insulin flow from the pump to keep my blood sugars in an acceptable range (I have Tyoe 1 diabetes). Because I run barely any other apps, the processing load is not too heavy, but I do need to run bluetooth 24/7 to collect the blood sugar fata and to monitor and control the pump and I also have wifi and cellular/mobile data running constantly (cellular/mobile switches off when wifi is connected) to upload data to the cloud so that it is available to other devices (my main phone, Android Auto, a couple of M5Stack monitors, bedside tablet, servers where my medical team can download reports), which drains the power. The smartphone has a 3,000 mAh battery that wasily gives me 24 hours without charging, although 18 hours would be enough as it still does what it needs to do while charging beside the bed at night.

The problem is that, although I can monitor my blood sugars using the other devices I have that download the data from the cloud, if I want to check in detail what the algorithm is predicting that my blood sugar is going to do (and what it is doing in preparation) or I need to enter data (let’s say I have a big meal that I don’t think the algorithm will deal with adequately on ots own so I want to tell the system that there is going to be a spike in blood sugar coming) or I need to suspend insulin flow because I am about to exercise, I have to get the phone out from my pocket and it’s easy to then leave it behind when I go off to do something in anothr room and I lose my bluetooth connections. Or, sometimes, I don’t have pockets in the clothes I am wearing. it would be nice to have this connected to my wrist where I can see it and interact without the risk of leaving it behind.

So, my must-have list is a big battery (say 2,000mAh - this thinng is keeping me alive and I don’t want it running out of juice before I go to bed and put it on the charger) and a big enough screen that I can read comfortably (I’m over 50 and, inevitably, getting long-sighted and have a few visual complications from having diabetes for over 30 years - sometimes I find the 4" screen a bit challenging to read but you can triple-tap to magify) and preferably square/rectamgular so that I can see all of the information I need to see and interact with all of the on-screen buttons, etc. since the aps I use aren’t made for round screens. A screen around 1.6" wide (2.2" diagonal, if square) would probably be the sweet spot because I don’t want to wear a brick on my wrist (so, that’s a no to DM100/101 or similar). I’ve used an Android Wear watch and can get a lot of the information I need and can even control some things, but it’s not running the APS app and I still hav to carry the phone with me too.

Also, reliability and good service life - at least 2 years - running 24/7 is an absolute must. There seem to be a lot of reports of these full android watches crapping out after only a few months.

So, that’s a square/rectangular watch, around 1.5-1.6" wide, with at least a 2.000mAh battery (or whatever it takes to get at least 18 hours between charges running bluetooth, wifi and cellular) and will last at least 2 years without looking too ugly. I don’t care if it doesn’t have (would prebably prefer, in fact) a camera and other medical sensors. Water-proofing would be nice - enough to be able to wear it in the shower, but it’s not a deal breaker. As far as I can tell, there isn’t a watch currently available that fits this description or even comes close. This is a shame because the diabetic looping community (looping refers to a closed-loop system that tries to maintain blood sugar within an “acceptable” window with minimal, if any, input from the user/patient), although relatively small, is generally pretty techy (you have to build the APS app in Android Studio yourself from open source components because it’s not approved by any health regulators like the FDA so can’t be legally provided as a built app, there are also often online databases to maintain, other general maintenance, there are different combinations of glucose monitors and pumps used by different people and some require 3rd party apps or radio bridges to get everything talking properly, etc.) and a lot of them would enthusiastically jump on board if such a watch existed. I don’t know how many, but I think it would be at least 10,000 would seriously consider switching to a full android watch (some have already but they all acknowledge that there are significant compromises involved). So, come on full android watchmakers, stop churning out cariations on the same round-faced theme and give us some variety so that we can find a watch that fits our particular needs - and maybe pick up your quality game at the same time.

As much as I like these watches, and will probably buy another, Waiting for a OS3 watch!

I also looking for replacement for my phone, and I want to use with AndroidAPS like you (android 8.1 or above required).
Few mounts ago I bought LEMFO LEM16, it’s powerful and have android 11, but apps almost always open in square inscribed in a circle,. So basically doing things on 1,6 circle display for me is ok, but on 1.6’’ square is painful. And protruding edges of the watch above the screen only make things worse.
After 2 days of tests I put watch back to box.
Maybe I will try one more time, but right now I looking for something with rectangular display as you.

I more go for lower energy ARM, and better battery management than more bulky battery. But at least 18 hours on AndroidAPS and companion apps (that constantly tigers BT) is must have. (AAPS do some small calculation every 5 min or sometimes 1min, depends what other devices you are using)

@Dotsfar is right. However, it is not possible with any full android watch to answer calls that reach the smartphone.

before found this one. Already get some answers.