Last week I visited Göteborg with one of my daughters. We had a break in a cafe called “Tintin”. The covers of many Tintin comics were on the walls, I loved them when I was a child. So I came up with the idea of making a Tintin watchface.
I quickly came across the Omega Speedmaster “Tintin” which, due to a curious story, has multiplied its original value: The design of the first watch bears the red and white moon rocket from a Tintin comic on the dial. But since one could not come to an agreement with the rights holders, this single piece disappeared in the archive.
The watch was released as Racewatch- without the rocket- and was not very popular. It wasn’t until the real story became known that prices exploded … 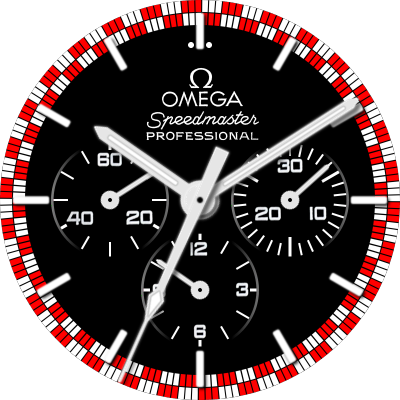 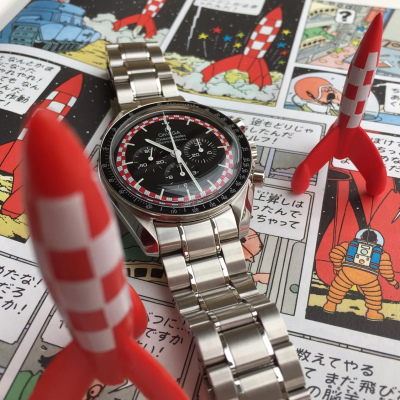 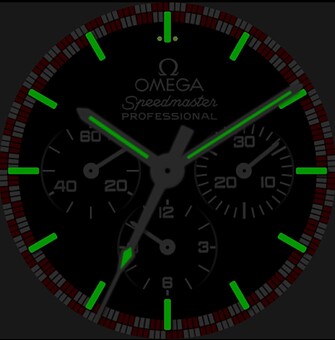 I just added a UL version with dim mode.

Quite an interesting design for an Omega @G1NT0N1C !

The 2 red & white rings certainly give the face a bold look. But the story behind the face was fascinating and I spent quite a while on Wikipedia reading about the adventures of "Tin Tin mainly because I thought…“That ole G1N! He has got it all mixed up! He must mean The adventures of Rin Tin Tin”!

Many thanks for a great face G1N…and many thanks for broadening my knowledge of French comics! Cheers, “I wanna be Captain Haddock”!, Doons