Now Have my New Lem 7

Received my Lemfo Lem 7 in the mail late yesterday. Three days ahead of the scheduled date. I bought it on BangGood and interestingly every other watch I ordered from them was shipped from China. The Lem 7 was shipped from Europe, specifically Belgium and listed China as the country of Origin of the Goods.
I charged the power bank first and then the watch. It initally took about 330mah to reach full charge. I left it on and just sit overnight as it came out of the box and this morning it read 92% charge.
This morning I loaded my standard app package and several watchfaces to see how they will look in the larger frame. As I thought a black background with no border fits best but most look ok. 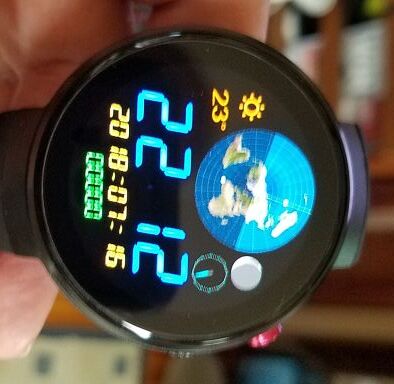 After installing the apps I needed I was curious to make a test run of the GPS function. I took the watch outside for the initial setup and using the GPS Test App, turned it on. It took less than two minutes to get a 3D Fix. I put the watch on my arm and the signals dropped slightly but maintained the fix. After the initial outside fix I was able to get a good enough signal inside the boat to get a lock on my MapsMe app that showed my current location. 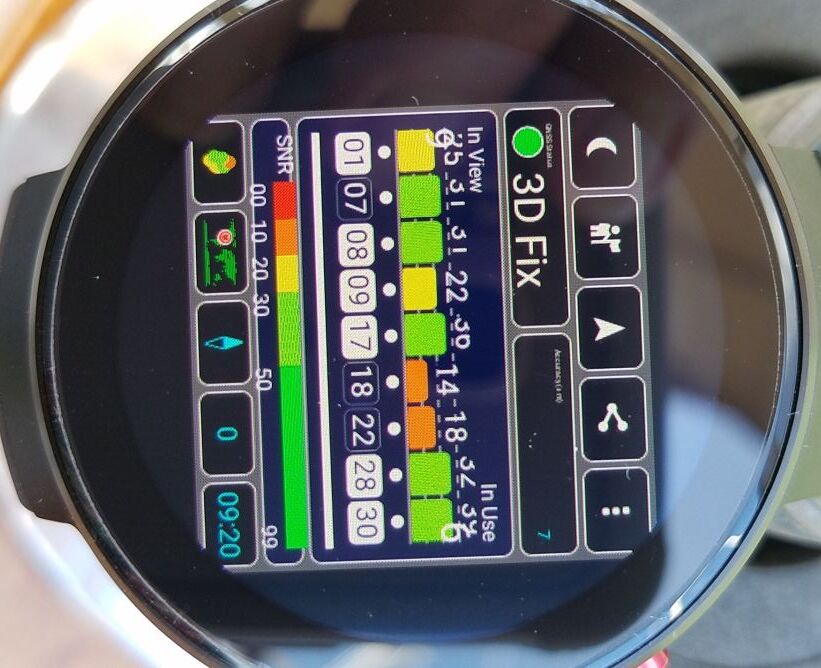 The wi-fi connected quickly and works good. Next I will install the Sim Card, from my LES 1 and try to connect WatchDroid. If it doesn’t work I will connect WiiWatch2.
I noted that the lettering on the back has the correct spelling of SMART WATCH. 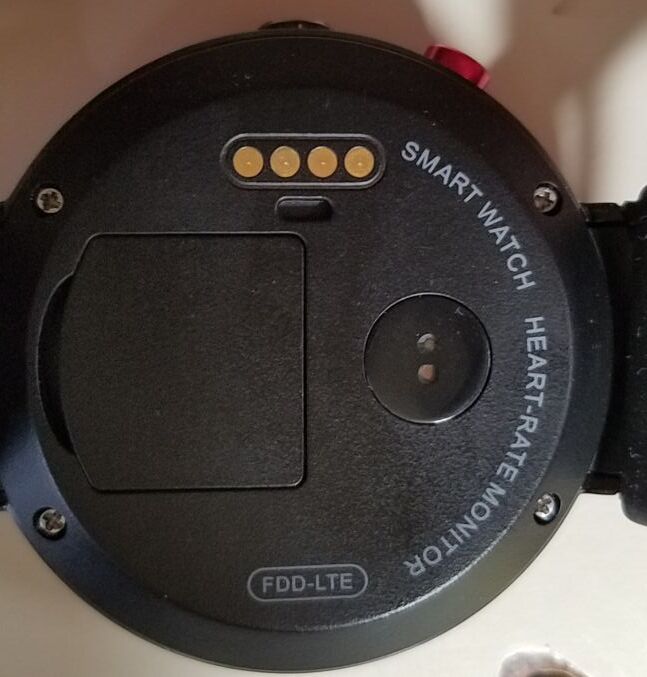 I am pleased with the style and build of this watch. I believe as I get to know it better its smooth operation and functionality will make it my go to watch.

Update: 2245 UTC I installed WatchDroid and it is working great. No bumps so far. Receiving notifications and texts. Initiated a call from my watch using one of the quick contacts. No signal drop-offs. Gesture “Screen on Raising” works fine.

Update: 1740 UTC Jul 18 not a criticism but just an observation about the Power Bank (PB) operation that is not really explained clearly anywhere I could find.