Just a few days ago I got my Lemfo Lem T and I really, really enjoyed the watch with this great screen, readability, etc.

However my romance with this excellent watch didn’t last that long.

Yesterday out of blue Lemfo just shut down itself even though it still had some 30% of juice. I tried to turn it back on and most of the time it was not reacting to the button, but on those rare occassions when it reacted, it got stuck on a booting screen with a Lemfo logo.
I tried a soft reset by pressing the power button for 10 sek, however again it was not very successful as most of the time it simply didn’t react, but when it did, it went on a loop trying to boot but all the time getting stuck at the Lemfo logo.
I tried charging it and connecting to the PC but again the same story - most of the time no reaction whatsoever, and then sometimes kind of booting with Lemfo logo just stuck on a screen without any further development.

Has anyone experienced anything like that? How to revive the watch - what are the ways of, say, hard reset in the abscence of a removable battery and volume buttons?

Thank you in advance,
Helmuts

It looks like the battery is not charged enough, adding that it’s not easy to charge those watches… So try again to put on charge and play with the watch position, it was probably not sitting correctly and not charging. 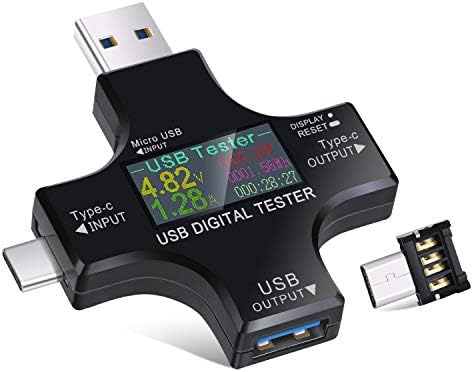 Thanks, guys, but I don’t think that it’s a power problem, it’s charging just fine.

On several occasions when the watch started booting and got stuck with a Lemfo logo on, I left it like that, and the screen was working for several hours displaying that static picture.

Hey, sometime earlier I faced a similar problem with my Optimus pro (I flashed the wrong firmware and the watch wasn’t responding at ALL, it’s not the same thing ik but the symptoms were the same)
Acc to this guide I just put my watch on charging for a day without interrupting, and after a day I got my watch back, the battery was drained and was stuck at 0 for quite some time but then it started charging (idk why this happens tho)
Give it a go

You can also try to flash the fw, it may help.

Thanks for ideas, but flashing doesn’t seem a viable option for me as the PC can’t detect the watch.
I left it charging for a day, but no change. Actually, most of the time watch is pretty much bricked, however sometimes after some sitting in a charging cradle (for unpredictable time) it suddenly turns on by itself and then gets stuck on a logo screen. In this state it can stay for hours.
In short, it mainly stays in it’s coma state with the occassional periods of logo brightness:)

If the watch is not detected by the PC, that probably means that the cradle is not making good contacts. And it explains everything.
Put the flashtool in download mode, then plug/unplug the USB cable / move the watch over the cradle until it gets detected. Those cradle are very sensitive (or not very sensitive should i say).

Could also be a problem with the power button

you have these options: if you can open the back of the watch and disconnect and reconnect the battery that can help. secondly, you need to be sure that the power botton is’nt stuck and causing the issues, third, not every charging cable\dock works well so this also might be the issue, i’m not sure you need the watch to be recognized by pc to flash it if it is’nt recognized by SP.FTOOL then you have a problem with the dock or the watch itself.

Ok, I tried flashing fw using SP Flash Tool first using linux and later on in windows. In both cases flashing didn’t work, as after the watch was connected to the PC the red line at the bottom of the SP FT reading “Download DA 100%” appeared and stayed like that for about 2 min (without turning into the yellow line showing the progress of flashing).
After 2’ device apparently turned off as the red line disappeared and a status Protocol_error message appeared with the error code 0x00 in case of the linux and 0xC0010005 in case of the windows.
I used two different charging cradles, ensuring the best possible contact, I tried pushing power button for about 30 sec which helped to get back to the red line phase of the flashing w/o actually starting any real flashing. In linux the USB logs showed that device initially kind of responded but later on just switched off. In windows PC was emitting those sounds of USB device first getting connected and after about 2 sec - disconnected.
Any suggestions as to what else I can try?

You can try to flash separately each part of the FW, hoping it will not disconnect too fast…