Hi all,
I purchased the Lemfo Lem 8 Pro (this is the 3gb + 32gb version) and after using flash tool to update to 1.5, the flash did not complete and now the watch is dead. I think it is because the 1.5 update is for the Lem 8 16gb. Could someone please do a firmware backup using “PartitionsBackup” app and upload all partitions for me?

After many views, it appears no one is generous enough to help us out. My watch still sits in my top draw. I think I might be able to get it going with just the Preloader.bin file for this 32gb version. Appreciate any help.

Maybe @pablo11 can have this fw.

I will see what I can do about the firmware for you.

Thanks for the quick response guys. Much appreciated!

I have been through the firmware server in China and there is only 2gb ram + 16 gb storage version.

Here is what the firmware guys say: 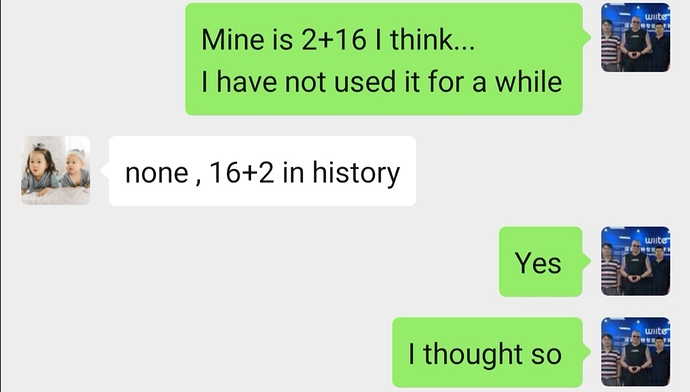 So I need to see the original watch and the web link for it.

I feel so special. I think it may have been a next gen for the Lem8, but both the supply for this new 32gb and the original 16gb version, for some reason, started to dwindle to the point that there is almost no supply for any Lem8. I did manage to find the watch on Lemfo’s site here:

When I originally had this problem several months ago I contacted Lemfo but they told me they did not have a rom for this watch. I said, “but you built it.” They just said, “Sorry… Dear.”

In this video, the watch is the lem 8 pro with 3+32 gb config (the person shows it in the settings)

Well, I have some good news for you

It turns out that v1.4 is the only version that has both 2+16 AND 3+32.
So the reason I could not see it (and also my Chinese friends) was because they were all labelled the same.
Thanks for the web links because it made me go through and check every single folder I had for the LEM 8.
I found it :hidden inside the v1.4 folder after I noticed that version was on the watch in the video slight_smile:
I will upload it over night due to my 0.4mbps upload speed…
So please check in tomorrow and I will have a link for you to download it.

Oh. This is great news. I am sure at one point I did try v1.4, but maybe my approach was wrong, so I think I trashed that version. I wait patiently!
Also, thanks to meghgoswami835 for reaching out and going to efforts to obtain a fix.

After so long I can’t believe I can finally resurrect my Anck Su Namun.

I’m a movie buff. Thank you so much. I have downloaded it and will keep you all informed.

I am someone who appreciates and don’t take for granted the consideration, time and efforts of others.

I noticed in flash tool that the Preloader Region indicates a duel partition region: (EMMC_BOOT1_BOOT2)

From my experience this partition table is for the duel boot options of the Kospet line of watches. Those watches can boot up a low power, minimal services version.

As far as I know the Lem8 Pro doesn’t not have this option, therefore I am not sure this rom will work.

That being said, I decided to try the preloader from a Kospet optimous Pro (EMMC_BOOT1) (preloader_KW_C8_LFLT.bin) using the Lem8 Scatter and the watch does boot!

Although the watch seems fine it has no Heart monitor, no SIM card recognition, but everything else seems fine.

I think the correct firmware will fix the outstanding bugs because I need the phone to work.

I tried downloading another source for the Lem8_v1.4, and I can install everything except the preloader. I guess the preloader determines the storage size.

After booting v1.4 of the alternative source, I ran the OTA update hoping that it would fix all that is broken for the 32g, but although the update succeeded the watch still has original sensor failures. So no luck this time.

I noticed in flash tool that the Preloader Region indicates a duel partition region: (EMMC_BOOT1_BOOT2)

I believe that is pretty normal, it’ like that for my bakeey a4 and for the lem t for example. Maybe it has something to do with this A/B thing: https://source.android.com/devices/tech/ota/ab/ (just a guess)