Available in my blog.

Last 14 November Valentino Rossi retired. 9 times World Champion, 89 victories on races and 199 times finishing on the podium, Il Dottore (The Doctor) became the most successful pilot and his retirement means the end of an era in MotoGP.

This watchface is a tribute for the GOAT of MotoGP with details related to this great champion. With the italian flag in the center of the watchface, the background in the left area simulates asphalt ground and shows the italian Mugello circuit, where he won 9 times (7 of them in consecutive years), made with the colors of the italian flag. The right area, with a black background, shows some items related to Rossi: the number 46 of his bikes, his signature, and his silhouette.

To complete the design, in the center of the watchface we have 2 sub-dials for the battery percent and the date, and a bezel for the time showing his nickname “IL DOTTORE” in the bottom.

If you’re a fan of Valentino Rossi, bikes, races or sports, you can’t miss this watchface!

IMPORTANT NOTE: The tap options in the version for Android 10 ONLY works with the stock firmware, and NOT in the different beta “International FAW firmwares” that are being developed by Full Android Watch and Wiiteer, because some of the apps used changed from one version to another, and others disappeared. Some of them may work, or not, in those firmwares. Keep this in mind if you’re using any of those. 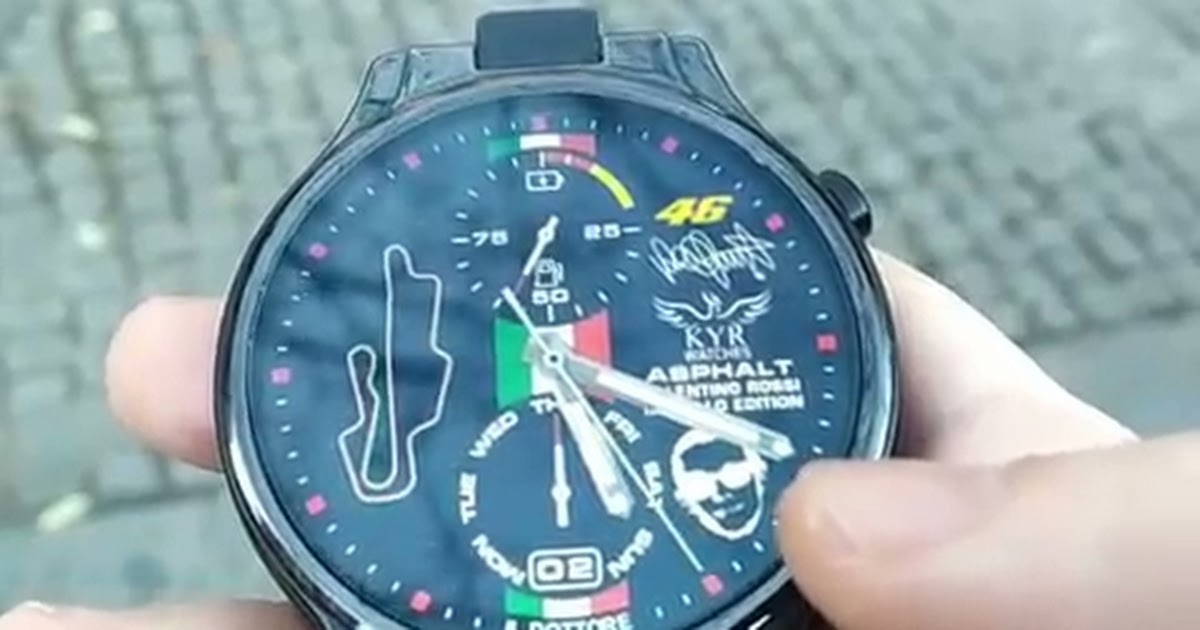 Another classy bit of work mate

Every element of this face combine to become a very fitting tribute to the man who was…as you said…the Greatest of all time! Cheers, “I’d giver him a run for his money on my Lambretta step through”!

@Doonsbury As Michael Schumacher in Formula1, another GOAT. Who knows if we’ll see somebody beat their stats on races and championships someday.

It’s a funny thing @Kyrnath, but sooner or later (And yes it can take decades!) peoples records always fall. Stephen Hendry (Former world snooker champion) had a record of 750…100 breaks in professional, competitive snooker…“It will never be broken” they said…as of today Ronnie O’Sullivan has around 1100…100 breaks …and he is still playing! …and O’Sullivan has stated that some of the up and coming players (particularly some Chinese players) have the potential to blast his records to smithereens! I suppose that it is a good thing that MY record for being the worlds all time NICE guy will never be beaten