Just uploaded the first video I've made for a smartwatch.

Just uploaded the first video I’ve made for a smartwatch.
It shows the look and feel of my alternative launcher.
The software packages used are in the description.
I’ll make a howto video soon for those not so versed in installing Launchers.

There’s one glitch I noticed after uploading and reviewing the video.
Two of the clockface widgets are “stuck in time” Don’t know how this is, the other widgets of the same maker all work. The internal TSF widgets work perfect.

That’s why I believe, if there could be a good clockface widget generator, this is MY way to proceed with these watches.
The benefits of full access to a standard android launcher and it’s underlying platform, in this case a superb 3d launcher outweighs the limitations of the stock round launcher.
Only Android Wear with it’s playstore filled with apps and widgets beats this. 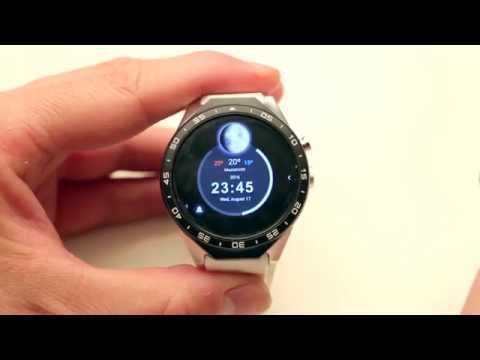 WOW! I’m blown away with this. Do you know if it will install on the No.1 D5 watch? Thanks for the video.

@Paul_Mackel I don’t own a Android 4.4 smartwatch but if the apps used support it I can’t see why not. The processor is a bit less powerfull which might impact the 3d animations.
Installing Twisted Home Switcher should enable you to use a different default lancher. It doesn’t break the old one. You can always return.

Great video , how about when u lift your wrist , do you see that watch or the std one, and does it affect the battery life much.

@john_gully It doesn’t affect battery life at all. At least not that I notice. I guess the desktop engine uses more cpu power thus more energy when used.
I have Wifi ON always. Recharge 2x a day because the watch recharges so quickly.
I disabled the wrist gesture option. I move my arm to often which causes to much drain on the battery. Single pressing the button is fine with me. Also waiting for the screen to come on when flicking my wrist often took too long.

im definitely not knocking your progress as i tryed the same with nova launcher but you went way further and it looks amazing, cant wait for the video on what and where to use programs.

@john_gully Never tried Nova Launcher. I’m a user of TSF shell from the start and somehow stuck to it. I like the 3d animations aspect of it and which is very important. Almost everything is adaptable. But as you yourself have found out, this proofs only that a lot more can be done to unleash the true potential of these beautiful watches

@Andrew_Davis Wish we already had a tool to get your beautiful watchfaces on there.

Wow @Kenneth_Tan . Thanks for the vídeo!
I am trying the same thing with Nova Launcher (along with the other customizations using Tasker) in order to have the perfect user interface.

I’m glad you showed us another alternative. Pretty amazing indeed!

Would you mind sharing the links for the external clock widgets you have used?
I’ve been searching the play store, but was not able to find good ones with a small size of installation.

I’m also using a nice widget for notifications, wich I placed on the left page of the home watchface. If you would like to try it, it’s called NiLS:

But I’ve removed them at the moment. I noticed that either the clocks were 20-30 seconds behind or even stopped working. Sometimes they catched up, sometimes they didn’t. Also the seconds never showed. Good effort, but not flawless. maybe it works on Nova.

Let us know what Novaluancher does with the clockfaces.
I installed Home 2 Shortcut, which enabled me to use the single button as single-press=back/home, double-press=power off.

@Alessandro_Domingos Thanks. Tried the clockwidget and it doesn’t work on TSF shell.
I cannot resize it and the minutehand doesn’t work. I have to test Novalauncher now.

Tested Novalauncher. Maybe it’s me using TSF Launcher for so long that I missed the extras and fancy 3d interface. It gives that extra depth to the watch. Luckely I made a backup before I uninstalled. Back with TSF again.

@Kenneth_Tan Are you using Home2 Shortcut or is there a Home 2 button which I can’t find in the play store. Also how did you map the single-button press to back/home? Thanks

@Paul_Levy I used Home 2 Shortcut. All links are below in the video description.
I’m going to make a video on how to install this. But currently I’m rethinking what launcher to use. Has to do with resizing Widgets.

In short, in Home 2 Shortcut You need to enter the Launcher app twice on the setupscreen. @Step 1 and @step 3.

You need to set Home 2 as the default Launcher.
After Reboot you need to start the real launcher you want to use once. Do that via Twisted home switcher. Somehow this enables the one and two button press. Now press once on the button and set Home 2 as “always”

A bit complicated in textversion, the video will be clearer.

@Kenneth_Tan Thanks. I figured out most of it but I only did step 1 on the home shortcut so it would get stuck in the app drawer. Thanks again

Yeah, the workings of Home 2 are a bit fuzzy to me 2 but when it works, it works.