Interesting for all watch users

Please delete this if it’s thought irrelevant … but I thought a community of watch users might find this article about the use of watches in espionage interesting.
https://www.hodinkee.com/articles/a-former-cia-case-officer-reveals-the-surprising-connection-between-watches-and-espionage?fbclid=IwAR3zxrU1JjkoJWBjy0O8INsicjIw7kJ4-MjBXp8is9g3-j86IMmwyk2GJcg

@keithyd I don’t know if the community will find this interesting…but this member certainly did!

One of the things that struck me in the article was how a watch…like a Rolex…could be used to “Buy” different things in different circumstance. Now while I can see how this would work, because as the article says, everyone would know the value of a Rolex…I would have thought that wearing a Rolex, in certain situations would be an unwise move? I mean if an agent wants to 'Blend into the background" (So to speak) well he would do better to wear a $30 Casio?!

Far easier to do a James Bond and pull out the trusty Beretta…fill the villain full of holes and use HIS Rolex to escape?!!
But seriously mate, I certainly did find the article most interesting, so many thanks for sharing it with us…much appreciated!

Now as luck would have it, I myself possess an “Espionage” watch. It is a replica of a James Bond anniversary Omega and, for what it cost me it wouldn’t buy me the bus fare around the block! But it does have a nice looking dial and a very snazzy 007 on the back of the sweep hand! 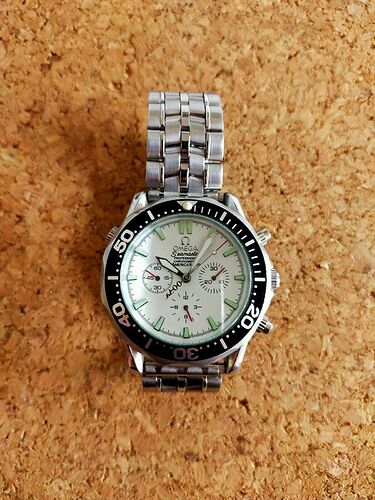 I had an uncle (also called Keith) who worked in Lagos for many years. One year he brought me back a Rolex Oyster. I had no idea of its possible value, being only about 15 at the time, but I looked in some jewellers’ windows and thought, 'Bloody ‘ell …’. Anyway, after a few months the watch started to go wrong, so we took it to one of said jewellers, who opened it up and laughed. It was a knock-off, and all the ‘jewels’ inside had been replaced by rocks or plastic or something … so it was worthless.

But I guess it’s since then that I’ve been interested in watches and have had a fair few over the years. I’ve now just about given up on my Lem 14 and have just taken delivery of a Huawei GP2 Pro, recently knocked down in price by Huawei on the Amazon France site. It allegedly has a 2 week battery life, but we shall see …

I to have a Rolex 'knock off" ! I got interested in watches in a big way about 6 years ago when I gave up smoking. I was on about 100 a day and was spending around $400 a week on cigarettes. So when I decided to give up, I promised myself that I would buy an antique pocket watch if I lasted 6 months…I made it and brought a silver Omega pocket watch this is 105 years old this year. Since then I have been collecting wrist watches and my latest count is 93 wrist watches and 9 pocket watches. The pride of my collection is the Omega pocket watch and a stainless steel Longines wrist watch. I am still collecting, but at a somewhat reduced rate since I retired a year ago. The only android watch I have is a Kospet Hope Lite…but I don’t use it much. Been a pleasure chatting with your @keithyd !

Cheers! Nice chatting to you, too, from one retiree to another.