Going the Nova Launcher route in this test.

Going the Nova Launcher route in this test.
Using Zooper which is a highly configurable Widget/Theme creator I’ve managed to display a watchface as close as full screen as it gets. Maybe with some research I can get the list 4 pixel squeezed out in the next days.
In the first image you see the DOCK active. In Nova Launcher it’s possible to have the dock act as an OVERLAY, so it’s projected over the widget. This enables the widget to stretch (almost) full screen.
Going to make some watchfaces myself with the Zooper widget creator. Looks reasonably simple. But have to do some digging first.
There’s a huge amount of free and paid themes available that will leave you browsing all weekend to theme your watch. Strangely my currently favorite watchface is the text version.

Also if you look at the 4th image, which shows an android desktop, I’ve placed a volume widget. I’ve been streaming music to this watch all day now from my WebDav source. Over wifi this works great. No need to store music on the watch. Here the volume buttons come in handy. I’ll try to find a copyright free music library, so I can show you how this works in a Youtube clip.
The internal speaker is actually pretty good!
I can switch the watch off and the music keeps on going.
Going to test the music load on the battery now. Watch is 100% charged. 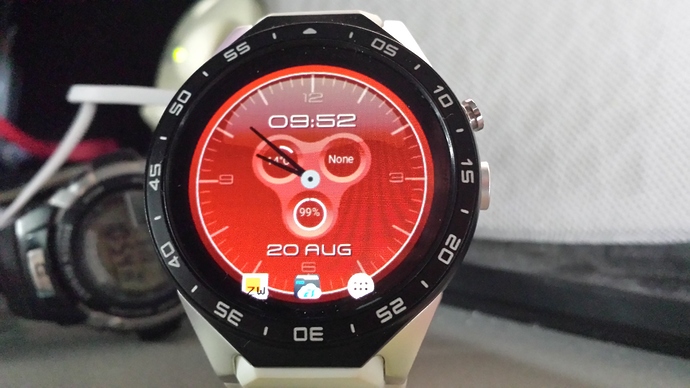 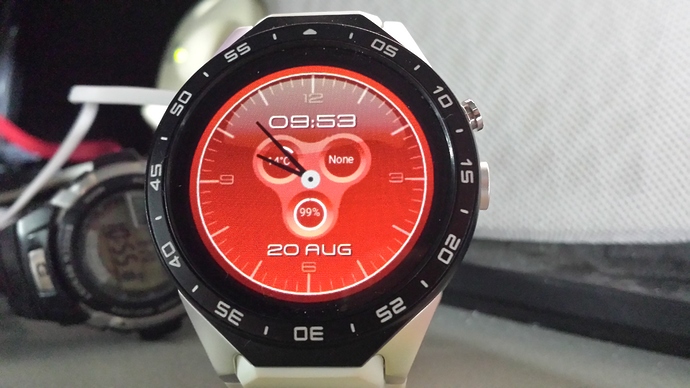 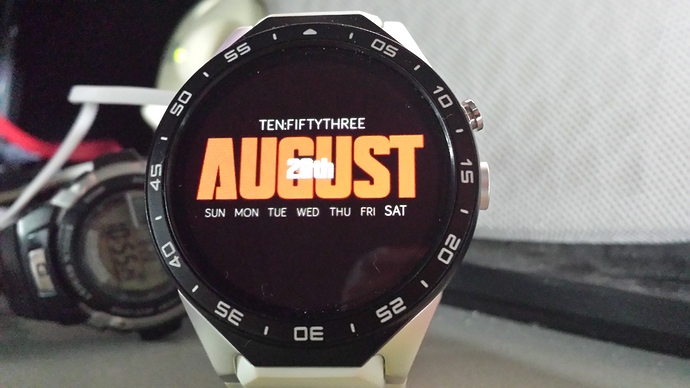 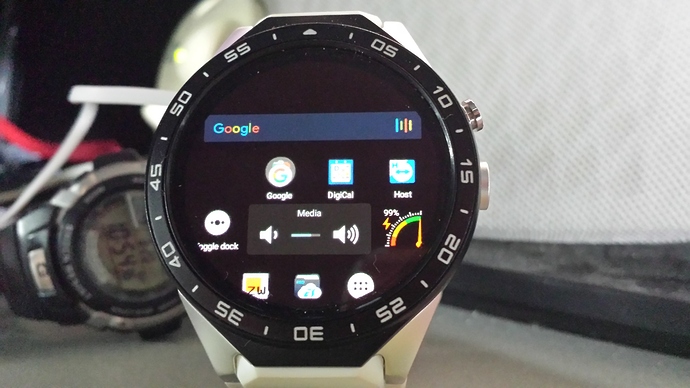 Can you Give us the zooper project?
Thanks

@tim_Collins I’m always game for a good feeding. Let’s set it up.

This is the Tinted Glass project
And another, I can’t remember now. there are so many. Allot of them are freeware. Look in the playstore

Start bij turning the Settings-Dock-advanced “Dock as overlay” ON. That enables full screen resizing of the widgets.
Then in the settings-Desktop, set the width en height padding to 0.
That should have done it!

@Karla_Richardson ​ Yes I was thinking the same last night as @Pablo_Eleven_Pablo11 ​ about your remark.
Come on, share your grief. We can handle it.