Version 0.10.0 of WatchFace Designer is released.

Version 0.10.0 of WatchFace Designer is released.

This new version contains some fixes for the bugs introduced with the GIF support. Hope it works correctly now

It also contains a simple perspective effect, so you can change the perspective of a layer. In the case of text around the watch face, there’s a new PerspectiveTextLayer that will apply the correct perspective to each text…

And to see the new features in action, here is a new “10 Minute Watchface” video designing a watch from 0 to finish in less than 10 minutes and using the new perspective effects. 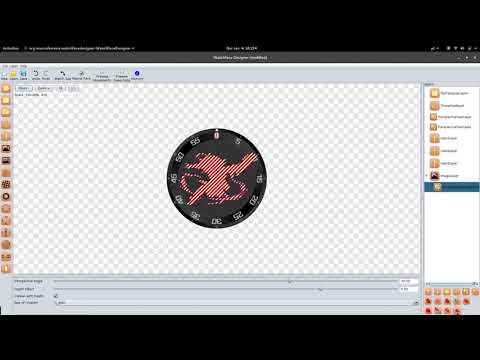 The download link is, as usual, at the forum: http://roundandroidwatches.proboards.com/post/17883/thread

Hey Marco Thank you i will test it tonight ^^ Did you add some possibility to make dial Discs i mentioned it on the Forum this would be a great Feature! Greets Name on the Forum is Uruqai.

cool thanks a lot! now a possibility to rotate textlayer letter in 360 degree would be awesome Marco! Again Thanks beeing here for us without you this comunity wouldnt be as it is.

@Jurgen_Oberst Thank you. However, I don’t understand what you mean about rotating textlayer letters. If it is what I’m understanding, it’s already done… You can rotate the text however you want.

I know the process is a bit convoluted. But was this what you were looking for?

i try this later mate

@Marco_Ferreira works perfectly the way you described thank you so much! Sorry for wating your time with this. I am noob to facemaking thats why didnt figure it out yet

When I finish the face how can I build the apk file ???