Since I won't be able to hang around here tomorrow,

Since I won’t be able to hang around here tomorrow, let me wish you all a Happy New Year!

And, to celebrate, the ending of 2017, there’s a new WatchFace Designer version, also ending the 0.9.x version set

This new version supports animated GIFs. However, the Clockskins generated with GIFs will only work on Eric’s Universal launcher.

The complete “What’s new” is here:

The download link is at the usual place on the forum: http://roundandroidwatches.proboards.com/post/17601/thread 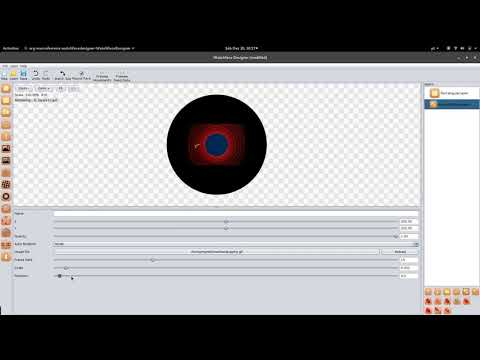 wow nice THANKS for the WFD surprise. Wish you a happy new year as well!

Thanks Master, happy new year to you too. You’ve made us the beginning of the year a little bit happier with this new version. Thanks!

the new version crashes when i try to open a saved face logfile upload on forum? Greets!

hy marco
i use your wonderful WFD it’s great but my problem is to have a visual of letter or number before to install? and secon when i look the letter and number it’s seems to me that i havn’t all the type, for exemple number made with points. Could you give me a answer? In france we don’t say happy new year before, i thank you for your wish.
philippe

@Philippe_Granet I don’t know if I understood your question correctly. You can install the fonts you wish to your operating system (usually just download the font and double-click it to show the preview and press on install on that preview). After that, and after restarting WFD, those fonts will be displayed on the font choosing dialog.

i understood, if i download font on my computer when i open WFD the news will be there in WFD? that right?
philippe

@Philippe_Granet if you download and install the fonts to your computer, then yes, they will be available on WFD

@Marco_Ferreira happy new year to you too mate. Thanks for everything