Colonel William R. Pogue was a USAF fighter and test pilot, who went into the astronaut program and would probably have gone to the moon on Apollo 19, if that program hadn’t been shuttered early. Bill Pogue still managed to spend 84 days in space on board Skylab from Nov ‘73 to Feb ‘74, and it was many years later that someone spotted in photos of the time, that he was wearing not only his NASA-issued, but some other yellow-faced thing on his other wrist. So they wrote to him, asking what it was, and since then this watch has been referred to as the “Seiko Pogue”. It was the first automatic chronograph to be worn in space. 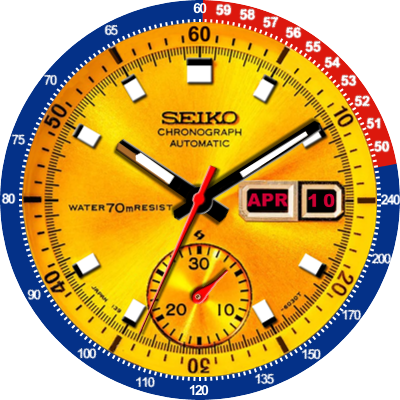