I’ve been using Kospet Prime 2 for almost two weeks. I took root without TWRP to install some applications to optimize Android, and so far I am satisfied with the result.
This does not seem to have the problem of the previous watches with draining the battery with the 4G on.
It’s quite big, at first it scares you, after a few days you get used to it. It is not heavy compared to size.
I had problems with four models of previous watches with the USB contacts behind the watch (corrosive sweat), so I decided to stick an adhesive tape (which leaves no glue) after each recharge of the battery, on the four USB contacts on the back cover of the watch to do not come in contact with skin sweat, it may work.
It seems that Kospet is not registered in the GSMA database, so it is not approved to work in Brazil, I had to change the IMEI number, otherwise it would be blocked.
I made some measurements on the battery capacity, and after about six cycles, there is something close to 1600mAh informed by the manufacturer.
As for the temperature, of the five watches I had, the Kospet Prime 2 is the least heated, under medium and heavy tasks.
The 12 o’clock camera on Kospet Prime 2, in my view, is by far the best camera position. The camera at the 3 o’clock position, for me, is almost unusable.
The system has some bugs, it also needs some improvements.
The orientation of the camera should be done in the system and not only in the native application, if using a third party application, the orientation of the camera is wrong and has to be corrected with further editing.
Most Chinese smartwatches suffer from low quality, low durability and lack of spare parts, as the durability of the Kospet Prime 2, only time will tell.
Overall, so far, I found a good watch.

I have the watch for almost two weeks. So far the only problems that i have is two.
Problem 1 - The bluetooth range is very weak and i can not use bluetooth headset to make calls because the people from the other side of the call they say that can not hear me well. If i close the bluetooth headset and talk from the watch everything is ok but i want my phone calls to be private. I tested with two different bluetooth headsets and with any other phones that i have and they dont have problem.
Problem 2 - The gps signal lost it’s position very often. I try to navigate in some places in my area with my car and on google maps and any other navigation program i ve tried show me for some seconds in the correct position i am ,and for some seconds wrong position .
Maybe there is a way to fix to improve that problems in an upcoming update ? Maybe the watch have weak singal general?
I have make reset the watch 3 times with no luck in my problems .
Is there any solution ??

LEM14 does not have same size battery as Prime 2, it only has 1100mA, as you can see in corrections in the LEM14 thread.

Thanks - yes I did see that mentioned on the LEM14 thread. It’s the only A10 watch I’m interested in getting though and the Prime 2 is the closest in terms of battery size.

Thank you for the detailed info.
Are you having any problems with bluetooth with headsets and weak gps signal?(if you didnt test these can you do some testing please?).
Thanks in advance.

11 posts were merged into an existing topic: TWRP Recovery and patched boot for D09 Prime 2

Is it true that ips and non-amoled screens were not designed to work well with always on display? In other words Could aod harm kp2 screen ??

Does that mean its not recommended to use aod with amoled screens frequently to spare the screen?!

has anyone got google calendar working on his kospet prime 2? it just shuts down on mine…

As for bluetooth so far it is working very well, without cuts or loss of connection, with a QCY headset (the model I do not remember), I am using it paired with the watch almost all day. Now as for the GPS I hadn’t tested yet, I tested it now, and in the open area, it connected very fast and with very good accuracy (and it still has a lot of clouds, which gets in the way a little), in the closed area it is also working well, only the accuracy which is a little bit smaller (it has a few meters error).

ok, here they are…ticwris max s and kospet prime 2…you decide wich one is best for you… 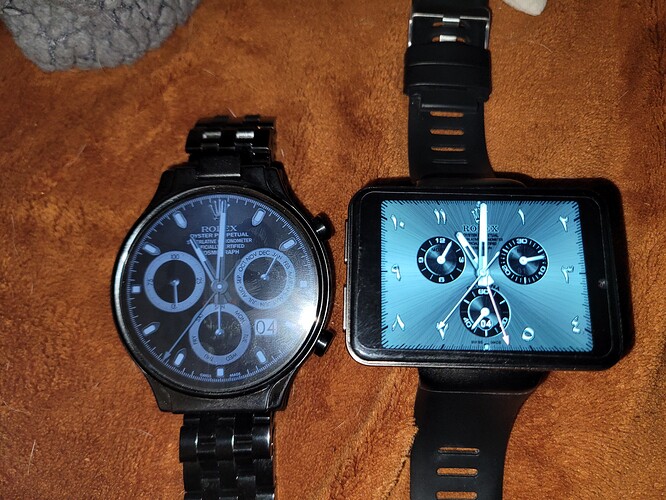 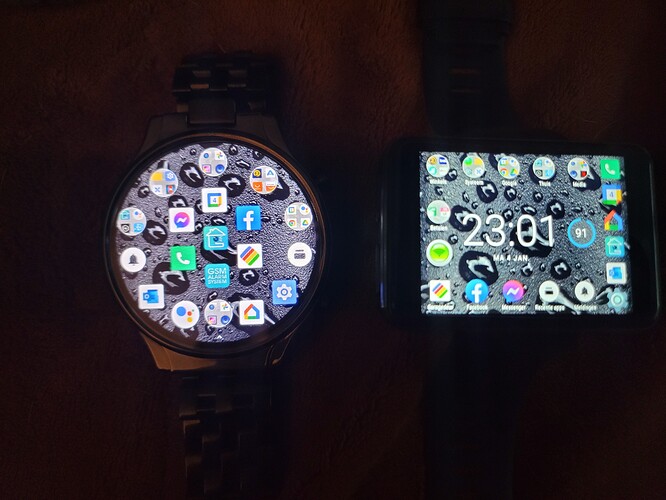 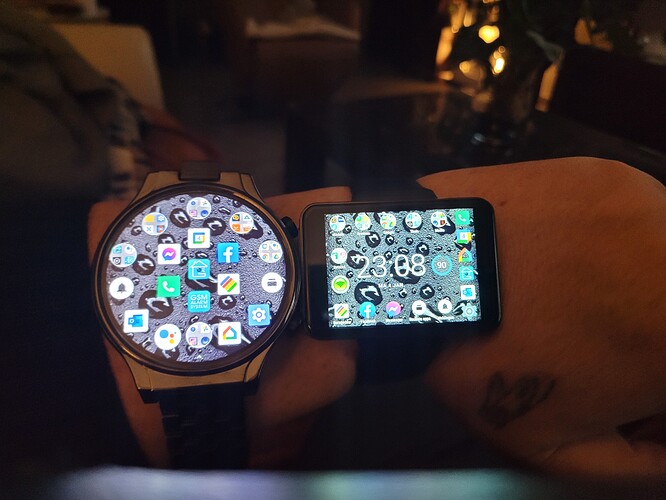 Wow, watchface with arabic letters!
So which one is better for you ticwris max or kp2?

No, that (Google Calendar) is a known problem unfortunately. According to @pablo11 they are working on it

I did a test with the GPS Test application on the normal size cell phone (with larger internal antennas) and on the Kospet Prime 2 (with smaller internal antennas), and in both, the precision in open area was the same of approximately 2 meters (with many clouds). In internal areas, no cell phone that I tested was very good, the satellite signal is low power, so the device ends up using other methods to detect the position such as wifi, mobile network data, etc.

DISCLAIMER - USE AT YOUR OWN RISK - ANY WARRANTY WILL BE VOID !!! https://mega.nz/folder/OFo1iYLZ#-R1FzjLAxHu-HrA4F_dmDw @none has made this for us - it comes as is and is only for those who know what they are doing. With this recovery you cannot flash zip files and Magisk apk has to be installed to use SU. You can take backups and use Magisk Modules - but don’t try to update Magisk - apart from the manager apk. Unless: You can unlock the pre-loader by setting OEM unlock in developer setti…

@droidtrix you can discuss it there

As I said - discuss in the proper thread