It’s Official: The IQI I4 16GB Smartwatch is Ready To Hit The Market We

It’s Official: The IQI I4 16GB Smartwatch is Ready To Hit The Market

We have been waiting for IQI Technology Company to give the green light for a full review of their flagship watch for 2017, the I4. Not only does this new watch come with 16GB of storage, but the memory is managed in a way that lets you fully use the space for Android apps, music, video, documents and more. No partitions and no restrictions. This watch can cut you free from your phone.

The IQI I4 takes a smooth approach to watch design with rounded edges and a bezel-less face making it appear smaller than it’s predecessor, the I3. This one button unisex design should appeal to all audiences interested in a watch the can pass for both dress and sport. Have a look at the new direction for 2017, the IQI I4. 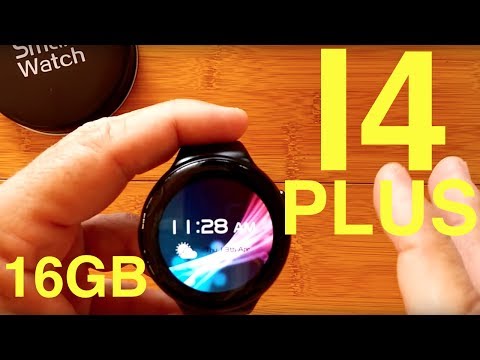 I am waiting, LEM5 design, which is reduced the edge, similar to the Y3 watch which is waterproof IP68 and support TF maybe a compass and radio fm xD and GOOD BATTERY. I hope someday, for the moment CONTENT with LEM3 / ZEBLAZE BLITZ

Have a look at the upcoming D7 when I get it posted in a few days. Not
exactly what you want, but getting closer…

Thanks very much for the review mate. Great stuff !!
Yeah - same here. D7 is on it’s way. I have told No1 that we can repair our relationship and at the moment it looks positive.
As usual Finow have their own similar offering which will be available in the next few weeks. Similar style.
All the latest models - with the exception of a couple - are going back to using the MTK 6572 SOC. Dual core but improved design and management. Perfect for a smart watch. No need for 4 cores at all !!
It’s going to be an interesting few months in the market.
LTE android watches are just around the corner as well…@SmartWatch_Ticks

@Alessandro_Limonta must be your perspective. They are great watches at a great price.

Please give me your perspective. IQI I4 or lemfo les1. What is the best smartwatch.

@alexandre_ringot1 yes, I would also be interested…
I have both of them, but if it’s about looks well…
Maybe this will help: 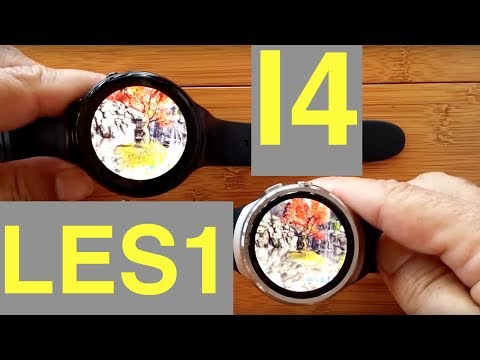 OK this is totally personal opinion, but for me, I like the silver highlight and small etchings on the bezel of the LES1. The total blackness of the I4 is a bit too much for me, but side by side it does make the I4 look a bit smaller overall. I also like the single screen on the SIM cover of the LES1 vs the two screws needed to get to the SIM on the I4. They are tiny and easy to loose, so keeping track of two is a pain. The added camera on the LES1 is nice, though I don’t use it often. But I have used it, ad it was nice to have. I like the silicone band of the I4 a bit better than the one on the LES1, which is a little stiffer. All this is subtle stuff. They are both great watches. The curved glass of the I4 is classy, but the screen doesn’t wrap like on a Samsung phone, so it’s pretty much non-functional.

@Alessandro_Limonta Yep, I like to see too the config code…

only 350mAh battery? No thanks.

A query for all standalone watches specially finow Q3 X5 etc watches. Is there a g-sensor available for lift up to see the watch or I have to click the button everytime when I want to see the time ?

@Alessandro_Limonta ​ Thank you so much

@Stathis_Tsirigotis ha ha - this is so common a mistake that people make.
This 350mah battery lasts twice as long as the 450mah battery in the X5+. The power management has been so much improved that it is the truth. I know - hard to believe right?
I was the same until I tested them all.

@Alessandro_Limonta It’s hard coded. All these watches are. Only Finow and the older No1 watches are different