I also also got a Domino DM368 since 3 days and using Erics custom launcher swlauncher 1.1.5 but i got issues with Battery now. Not sure if its caused by launcher or HW issue. My watch turned off 2 times now with about 70 % charge left after a couple of hours on time and could not be turned on. Connected to charger again it says 1% left. Anyone else having these issues ?

Besides, watch was in airplane mode (no BT no Wifi) and no apps running. 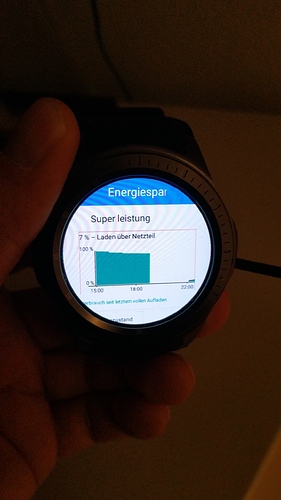 @Nico_Seeger Re-flash the firmware would solve it . If not, then you need to wait for the new FW.

Do you know where to find the original FW for the DM368 ? Think i need to do it with the SP-Flash tool, right ?

nope, i didnt find any information about vendor…seems like it is a non brand

I have same experience on X5. I went to back to stock launcher.
I’m not happy, because Eric’s launcher is better.

I will try factory reset now, because today it happened for the 3rd time…too bad that with stock launcher no custom watch faces can be used…

We do not have the stock firmware for the DMN 368. They refused to share it with us - so we cannot officially support it unfortunately.
Anyway -
This is a question for the technical forums found here: Round Android Smartwatches
http://roundandroidwatches.proboards.com
This community is for general chat and faces

What about imacwear ? My Boss has the exact same model from imacwear…maybe this FW is available…

@Nico_Seeger maybe - I have asked LEMFO who asked the manufacturer (DMN) and they won’t even give it to them. And they are a distributer for them…
It would be great if you can get it