On August 10, 1938, Lufthansa’s Fw 200 V1 “Condor” was the first land-based long-haul passenger aircraft to fly the 6,371.302 kilometers non-stop from Berlin-Staaken to Floyd Bennett Field in New York. Unfortunately, this was one of the last civil flights of the FW 200, as the German Air Force became aware of the aircraft.
Countless attempts to convert the Condor for military use followed. All these attempts more or less failed because this machine was very consistently optimized for civil use.
So it can be said that this aircraft contributed to the fact that the Nazis lost the war - because many engineers were occupied with converting this aircraft into a military aircraft, without success … 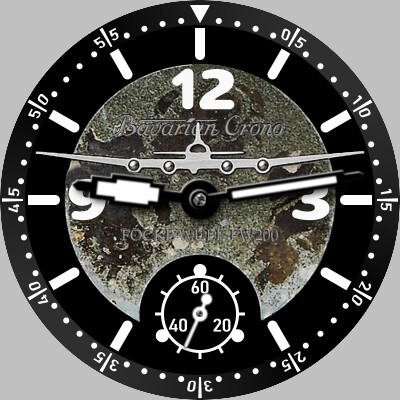 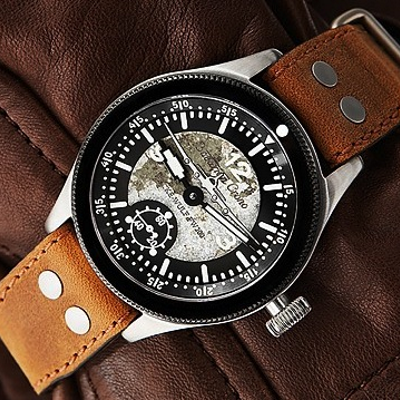 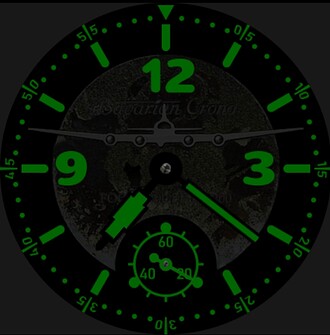 Thank you, Doctor. It was hard to build this face because I couldn’t found any good picture of it.
By the way- It was also difficult to find one of this aircrafts for restoration: in 1999 scientists found an FW 200 in a Norwegian fjord. Although it broke during the salvage, it was decided to restore it. The work is almost complete. These clocks have original metal from this aircraft on the center of the dial and were sold to finance the work.

thank you for sharing!

I just added a day-and-night-version: Universal launcher is needed.

Great, especially since I’m a fan of aviation but especially military from the beginning to the present day. Some of my museum pieces made by me for my collection …

Ok @vladimir_lutzu , I know they are most likely your pride & joy…but to be perfectly honest they look pretty plane to me mate!

(I don’t know where I get em, but they are pure class!

) Some very nice models in the Vlad!

I added a day and night version for stocklauncher. Enjoy!

sorry, but that plane flew 6,371,302 km - in words, six million and almost four hundred thousand kilometers? It probably needs to be edited…

Many Thanks, @Dotsfar . I have a few other day/night faces that I want to customize for Stocklauncher.

Not sure what your point is?
First you make an error by faulty stating that @G1NT0N1C made an error, next you point out that he could have written it differently?