I want to share one of my first watch faces. It’s from the Diesel full guard and called “heads up”. Annoyingly the full guard works with Android wear, so I decided to rebuild this beautiful watch face for my Zeblaze Thor S. It also works on the Zeblaze Thor. I’m not sure if it’s working on other devices, I haven’t tested. I used CLOCKSKINMAKER and http://PAINT.NET.
Everything works fine on this watches. Clockskinmaker shows the battery indicator in the wrong area, but on the watch itself it fits perfectly. 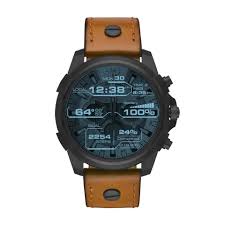 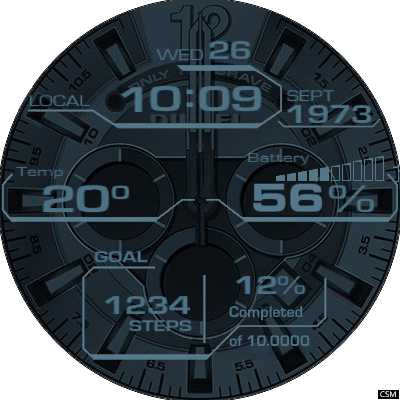 On my Finow X5 Air the batt % indicator is in wrong place also, just as the CSM shows; it’s strange! I’ve fixed it a little bit.

@j_wo_jak Yes, it’s strange. Did you replace both battery indicators? The 2nd one is just to display the Indicator corectly, if the battery load is 100%.
I fixed it in another version, would you test it on your Finow X5 Air? if it works fine, I would share it specialy for the x5 series.

I moved to the left: “akkustand_1” “center x” to 153, “akkustand” to 275. Looks almost the same as in Your X5 Air version. Your special version works fine (but I have 97% of power now, we will see later…). PS. Normally this smartwatch doesn’t need special versions, interesting. Well, I don’t know to much about advanced clockskinmaking and about the engine.

@j_wo_jak shared a new version, thank you very much!!!

@G1NT0N1C I really like this watch face it looks awesome on my Zeblaze Thor Pro thank you so much I look forward to your next design.